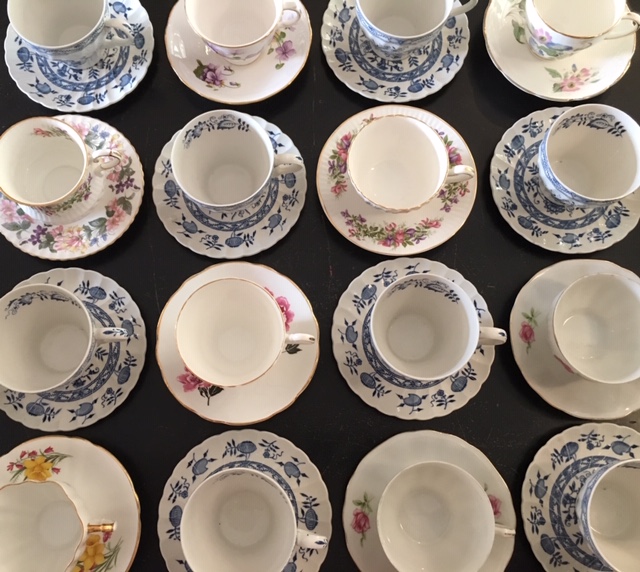 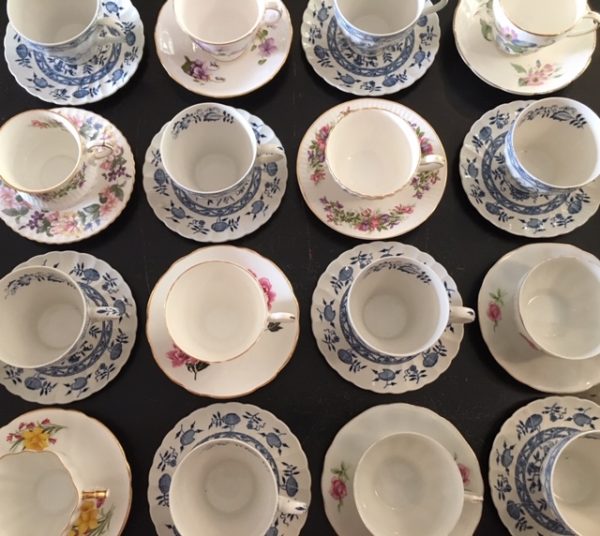 Steeped in culture, Chamomile has been used for centuries dating back to the ancient Egyptians.  Still today, it is believed to have calming attributes.

From the Egyptians to the Vikings, Chamomile’s lore is plentiful.  Its name is from the Greeks, who called it khamaimëlon, or earth apple, for its scent.  This tisane has long been touted as a cure-all calmer.  No caffeine ~ No aromatic oils.  Just chamomile, mellow and soothing.

Be the first to review “Chamomile Tisane” Cancel reply

Mellow, minty and bright.  Inspired by Oscar Wilde’s whimsical depictions of the English countryside, it’s the perfect tisane for a post-meal treat.

Named for Ernest Worthington’s estate, Woolton is zesty enough for the adventure of early afternoon and light enough for the waning of late evening. Contains only dry herbs and spices, milled in small batches. No caffeine ~ No aromatic oils.  Just earnest flavor to offer a reprieve.

Oolong Tea, from the Chinese words for “Black Dragon,” is one of the rarest and costliest teas in the world. It is grown in mountainous areas, and treated with a labor-intensive, hand-crafted process.

Local Spicery’s Oolong tea, from the Wuyi Mountains in Fujian, China, is harvested in the late spring, sun-wilted, bruised, twisted into strands, partially oxidized, and air-dried and fired to obtain the traditional rich, smoky flavor that causes many people to place Oolong between the spectrum of green and black tea.

A cinnamon black tea, all sweetness and spice, blended to satisfy.  The second name Dickens assigns to the Manor House is Satis- “which is Greek, or Latin, or Hebrew, or all three—or all one to me—for enough.”  So is this tea.

The flavors of Dickensian London are present in this tea blend, with Pip’s cinnamon sweet hopefulness and citrus-bright positivity mingled with the tannic disappointments that galvanize him into further action each chapter. No aromatic oils. Just spices and tea, to fuel your climb. 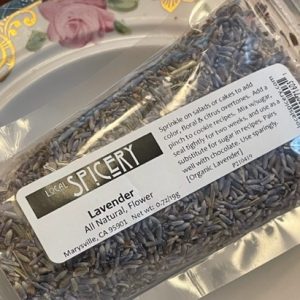 The name Lavender, it is speculated, comes from the French “lavandre” and the Latin “lavare,” “to wash,” from its history of usage to freshen garments. Lavender has a pleasantly floral and astringent flavor.

Bright blue flower pleasing to the eye & to the palate.  Member of the Mint family, closely related to Rosemary.  Used as a sleep-aid, anti-anxiety supplement, and also believed to aid with spasms that cause headaches. No caffeine ~  No aromatic oils.  Just pure Lavender.

A tradition dating from 14th century German monasteries, nothing says “winter is here” like warm gingerbread or hot tea.  So why not unite the twain and have a mug full of steeped gingerbread by the fire?

Spiced with ginger and cacao nibs and all sorts of goodies, this is one Gingerbread House you wouldn’t be afraid to find in the forest on a cold winters’ night.  No caffeine ~ No aromatic oils.  Just pure gingerbread goodness to warm your heart.

Fresh, floral and energizing. The perfect tisane for any time of day, it evokes springtime. Serve hot or iced.

Both beautiful and fresh, this tisane was inspired by Elizabeth’s quick wit, tart replies and love of long walks in nature. Contains only dry herbs and spices, milled in small batches. No caffeine ~  No aromatic oils.  Just pure flavor creating a garden tea for your enjoyment.